The Facts of War Part 2

from The Big Picture by Cale Sampson 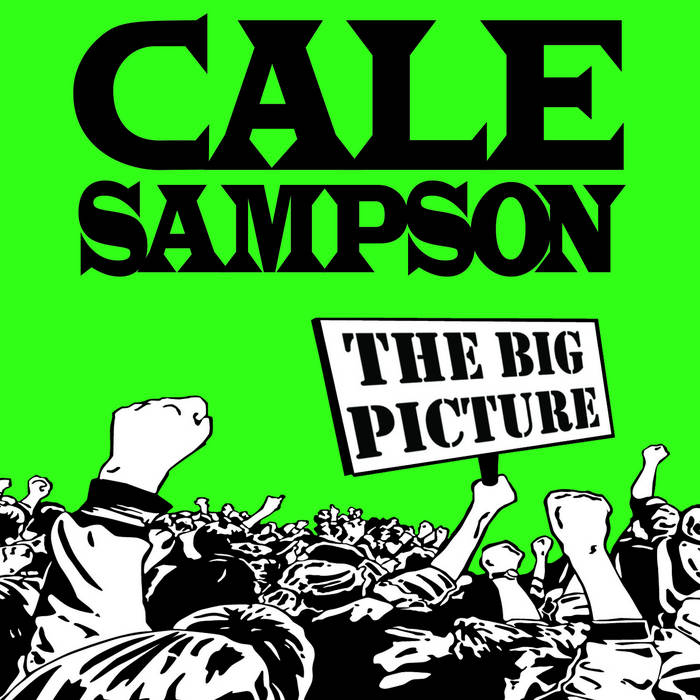 [Verse One: Cale Sampson]
In a world dominated by capitalism
The fact is war’s not about nationalism
Or what television tells you to believe in
It ain’t about security, it’s not about freedom
It’s about conquering resources
Expanding an empire that’s corporate
So industrial profits remain hoarded
A few rich elite people are rewarded
These individuals don’t report
To the government cuz’ it’s a revolving door
Where laws and policies are basically forged
To benefit the rich, while the poor are ignored
And to understand this, is important
Out of war, a small group makes a fortune
Regardless of it’s inhumanity
It’s actually wanted by industry
Cuz’ it’s the most lucrative thing that can happen
And international bankers always cash in
Forcing countries to borrow more
And more money, just to support their wars
The bottom line is, more profit is made
The longer that a war can be sustained
They’re supposed to be long and go on and on
And believe it or not, they’re not meant to be won
Look at history, you’ll see events are staged
Within the government, than someone else is blamed
Public perception is manipulated
To support agendas that before we were against
This is all done through the mass media
Cuz’ people believe what TV feeds to us
There’s no real enemy in a war on terror
So what that means is it can go on forever

( John F. Kennedy )
I am asking your help
For the tremendous task
Of informing and alerting the American people

[Verse Two: Cale Sampson]
At the time that World War 2 began
Franklin Roosevelt was the U.S. President
And his family were bankers who wanted in the war
Cuz’ for them, nothing else could make them profit more
The plan was to provoke the Japanese
To fire the first shot and become the enemy
So Roosevelt did everything he could to spark anger
Supporting China, Japan’s enemy neighbor
And several days before Pearl Harbor was hit
The President was told of oncoming battleships
By Australian intelligence, but he ignored this
Resulting in the death of twenty-four hundred soldiers
Eighty percent of the public was against
Going to war, just before this event
Then one million men volunteered for action
This was no sneak attack, it was allowed to happen
And when the Vietnam War began
The President of the States was Lyndon Johnson
Again, the U.S. knew it could make a profit
If they had an excuse to enter the conflict
In Nineteen Sixty-Four they alleged
Vietnamese boats attacked two U.S. ships
This apparently occurred in the Gulf of Tonkin
It’s the reason why their military was called in
There’s one problem however
Secretary of Defense Robert Mcnamara
Spoke out years later, and stated
This attack never occurred in the first place, it
Was a mistake, it was a complete lie
Over three million people died
And this is not a conspiracy thing, they’re trying to hide
You can read it for yourself, it’s all declassified

( George W. Bush )
You know one of the hardest parts of my job
Is to connect Iraq to the War on Terror

( George W. Bush )
The main reason we went into Iraq
At the time was we thought he had weapons of mass destruction
Turns out, he didn’t

( George W. Bush )
What did Iraq have to do with what

( Reporter )
The attack on the World Trade Centre

[Verse Three: Cale Sampson]
Did you know, in order to gain power
Hitler burned down his own parliament tower
Then he blamed terrorists for the attack
And within weeks passed the enabling act
This destroyed the German constitution
When it came to rights, people had to lose them
And support his program of war and tyranny
All deemed necessary for homeland security
Sounds like something else
It’s interesting how history repeats itself
Makes you wonder, if 9/11 may have been planned
To jumpstart wars in Iraq and Afghanistan
Terrorism’s not the threat
That were led to believe, it won’t cause our death
It’s just propaganda used to make you afraid
So the government can go to war and take our rights away
Dick Cheney the Vice President
Was also the CEO of Halliburton
And that’s the same company that got contracts
Worth billions of dollars to rebuild Iraq
This is why the Middle East was invaded
So they could steal the oil and dominate it
Establish permanent military bases
To be used against other oil bearing nations
In terms of profit, for the elite
See death and destruction’s a positive thing
And a global monopoly’s what they seek
Over the energy resources that we all need
It’s no different than the Greeks and Romans
The British, the French, everyone else before them
This is an empire, based on greed
And the majority of us still have no idea

( George Carlin )
I’m talking about the real owners now, the real owners
The big wealthy business interests that control things
and make all the important decisions
Forget the politicians
Politicians are put there to give you the idea that you have freedom of choice
You don’t, You have no choice,
You have owners
They own everything
They own all the important land
They own and control the corporations
And they own all the big media companies
So they control just about all of the news and information you get to hear
They spend billions of dollars every year lobbying
To get what they want
Well we know what they want
They want more for themselves and less for everybody else
But I’ll tell you what they don’t want
They don’t want a population of citizens capable of critical thinking
They don’t want well informed, well educated people,
capable of critical thinking
They’re not interested in that
That doesn’t help them, that’s against their interest
That’s right

Cale Sampson is a socially conscious hip hop artist from Toronto. In 2009, he was named the “Best Songwriter of the Year” by NOW Magazine for their annual "Best of T.O. edition. He has also toured in Canada, the U.S.and Asia with such acts as The Hilltop Hoods, Aceyalone, and Scratch from The Roots. ... more

Bandcamp Daily  your guide to the world of Bandcamp

Featured sounds from Fly Lo and Ahmed Idris, plus Mother Nature hops on to drop off new project